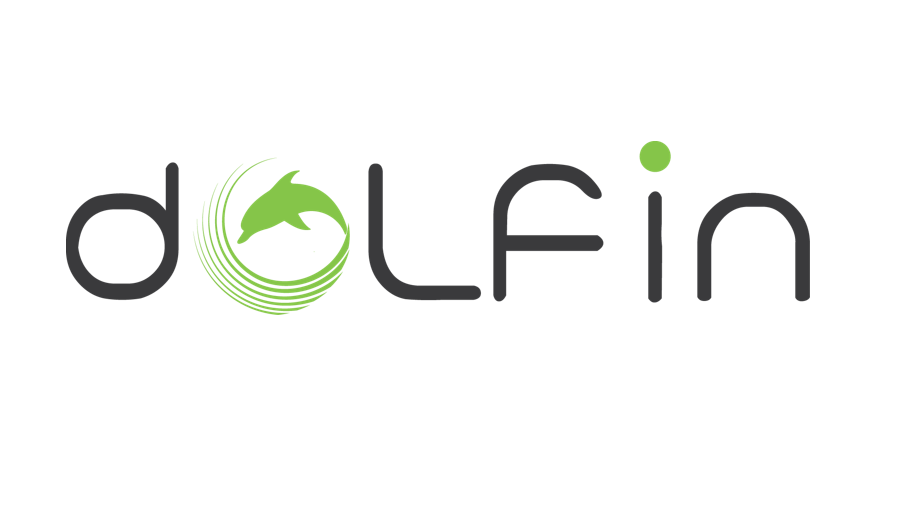 In October 31 2016, Synelixis participated in the final review of the DOLFIN project. Dr. Theodore Zahariadis, technical coordinator of DOLFIN, presented the major technical achievements of DOLFIN, whereas Dr. Artemis Voulkidis coordinated the project demonstrations. The project review outcome was successful, the technical work satisfying the project objectives, the demonstrations providing proof of the work performed.

In the context of DOLFIN, Synelixis completed the design, implementation, testing and validation of a series of critical functionalities that are envisaged to be part of Synelixis’ offerings for a variety of offered solutions. Among the most significant ones are the Prediction Engine and the Optimizer.

Both components were installed and validated in experimental instances of the DOLFIN-enabled Data Centres of Interoute, WIND Italy and Poznań Supercomputing and Networking Centre. 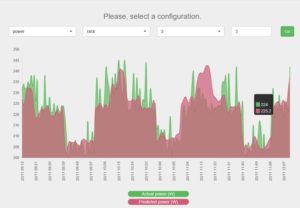 The Prediction Engine is a general-purpose service able to deliver forecasting services over a variety of possibly interconnecting metrics, including but not limited to average Virtual Machines CPU and memory utilization and Energy Consumption at Data Centre rack and room level, fine-grained up to VM level. All metrics supported by the OpenStack Metering Service (Ceilometer) are also natively supported. The Prediction Engine has been engineered exploiting the theory of Support Vector Machines for Regression and can provide predictions with an average error (relative standard deviation) below 5%.

The forecasting services of the Prediction Engine are already being expanded by Synelixis to support advanced, distributed Machine Learning functionalities, an advent that is expected to lower the forecasting error at the levels of 2-3%.

As advanced forecasting is expected, soon, to be part of Synelixis’ core offerings in the areas of Energy Efficiency, Internet of Things and Agriculture, we are thrilled to showcase the validity of our approach in the context of DOLFIN. 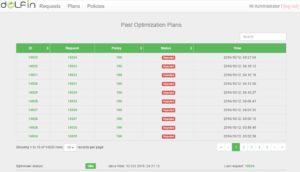 The Optimizer is a fundamental component of DOLFIN, operating upon current and forecasted measurements for Virtual Machines, physical servers, Data Centre racks and rooms and, if relevant data is available, Heating Ventilation and Air Conditioning systems to generate an optimal plan of IT load allocation to the Data Centre Hardware resources. The Optimizer operation is governed by properly formed optimization Policies so, for example optimization against either energy efficiency or performance is possible, even at inter-Data Centre scenarios.

Synelixis implemented two flavours of the optimization framework, one based on Grouping Genetic Algorithms and one based on solving a Multiple Knapsack problem for the Data Centre resources. In the context of DOLFIN, more than 12,000 Data Centre emulations were performed by the core team of Synelixis, indicating that applying the resource allocations of the Optimizer can yield very significant energy savings (more than 10% even at highly congested, performance-oriented scenarios).

Validating the approach of the Optimizer in actual Data Centre environments, allows us to incorporate the relevant developed algorithms in our core product offerings in the area of Energy Efficiency and explore their decentralization potential to exploit Synelixis’ cloud-oriented infrastructure.

In the following, sample demonstration videos of the DOLFIN functionality can be found.